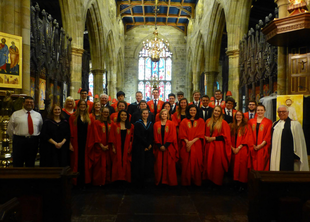 This role principally involves conducting the acclaimed mixed voice chapel choir of the University of Glasgow in their busy programme of services and concerts throughout the academic year. 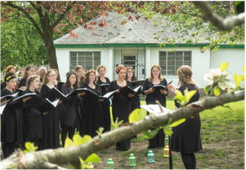 Award-winning female chamber choir (c.30 members) singing a wide range of music including early, folk and contemporary. In addition to conducting the choir, I also arrange much of the repertoire.

With a mixed repertoire including opera, classical, popular, folk and world music, Scottish Opera’s Community Choir meets on Wednesday evenings in the Robertson Trust Education Rooms at the Theatre Royal in Glasgow. You don’t need to be able to read music or have any previous experience – just come and give it a go, and see what fun singing can be!
More information. 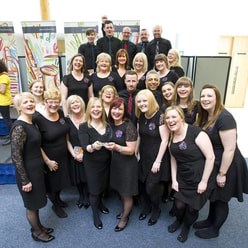 Glasgow/Hamilton John Lewis Branch Choir. The Tartan Tones won the inaugural 'Partnersing' competition in 2013, came second in 2014 and third in 2016.

Tutor, Sing for Pleasure
I work as a conducting and singing tutor for SfP. I also edit the organisation's news letter.
Proudly powered by Weebly